With a main season running from end of June through to end of September coalfish or sei in Norwegian are the most fun you can have at Sandland Brygge with your trousers on.

July is the main month to find really big coalfish inshore within the fjord system at Sandland; the best areas are in Frakkfjord which is the next fjord south of Sandlandfjord, also in Langfjord which is closer to Sandland within the same fjord system. Langford is very sheltered and can be fished when conditions prevent you from fishing the open sea.

Being a pelagic species they are always on the move looking for fresh prey to feed on and can be very will o’ the wisp rarely appearing in the same place two days in a row during your trip.

Very hard fighting fish, they have been caught up to 20kg at Sandland, they can be caught on light 20-50g spinning tackle using lures such as small speed jigs, Savage Gear Sandeels and Namix Eels fished quickly through the water column.

They often force the baitfish to the surface where the birds join in on the slaughter, great fun can be had chasing the flocks of birds around the fjord to find the feeding fish which are more often than not just a few metres under the boat in 100m of water.

Sometimes when located a shoal of coalfish will follow the drift a considerable distance due to the excitement generated by multiple hook ups and fish releases.

Small dead coalfish from 0.5-1kg are easily caught make fantastic natural bait for big cod and halibut of all sizes. 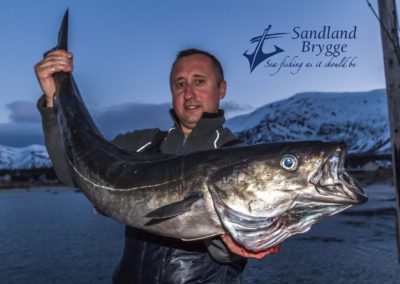 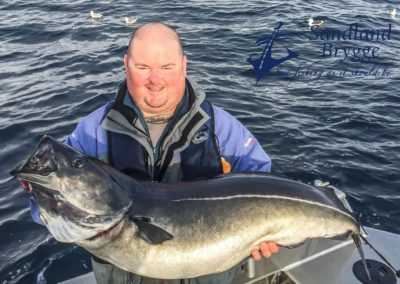