At Sandland Brygge you are in one of the best areas of Arctic Norway for giant cod. We are situated just 30 miles from the record-breaking cod grounds of Soroya where fish over 100lb have been caught on rod and line during the months of March and April.

During March & April at Sandland, the skrei cod are around in huge numbers from just outside the harbour to the drop off areas west of Loppa and North of Silda. Fish in excess of 30kg are commonly taken by our guests during these months. If you are looking for a truly huge cod among huge numbers of them then March & April are your months for a PB.

From May to September cod are still taken everywhere with the bigger fish concentrated in the deeper drop off areas surrounding the Sandland plateau, west of Loppa around Loppabaen and beyond, fish with big pirks in the 400-750g range, large shads such as Cutbait Herrings/Big Bob/Royber or big dead baits for best results. Cod in excess of 20kg are caught most days during the summer when weather conditions allow access to the best grounds.

Big cod are best tackled with a 20-30lb class rod, a multiplier or fixed spool reel matched with 50lb braided line. Lighter tackle such as a 12-20lb rod can also be used but there is always the chance of a monster halibut taking that huge bait or lure in the deep water and you’ll need a rod with backbone to land it.

If you are conservation minded and like to see your cod swim back a handy tip when playing a big fish from deep water is to stop about 20m beneath the boat to allow the fish to expel the expanding air from its swim bladder, a further stop when you first catch sight of your fish will allow it to get rid of more air, quick but gentle handling inside the boat for a photograph will ensure the safe return of your big fish to its home for next year. 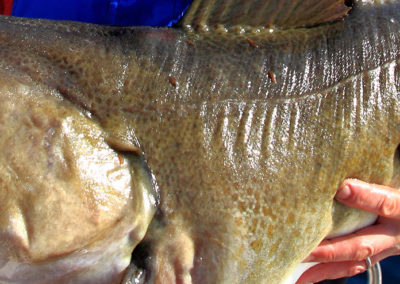 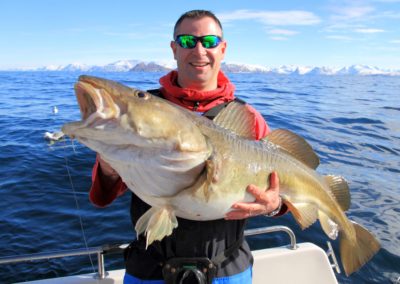 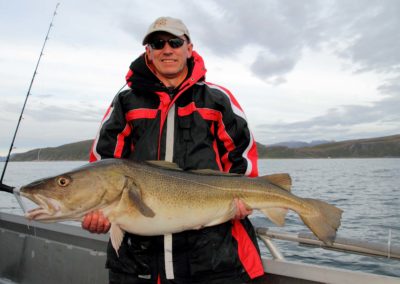 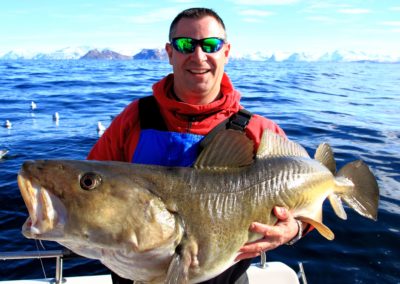 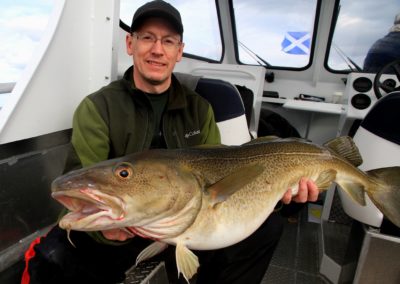 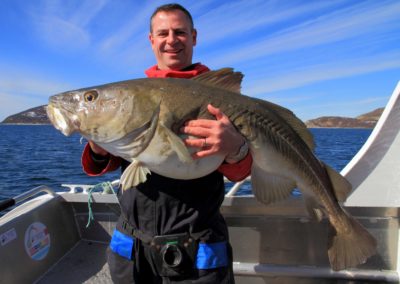 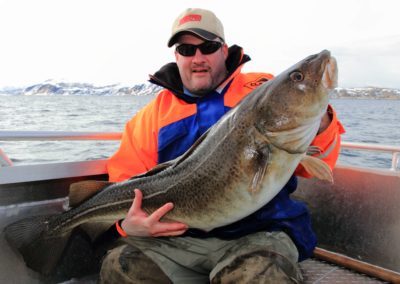 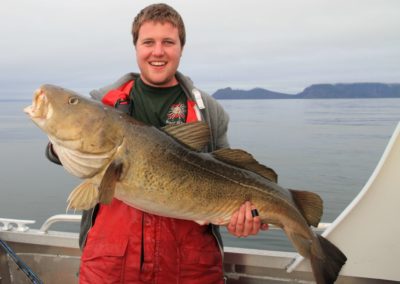 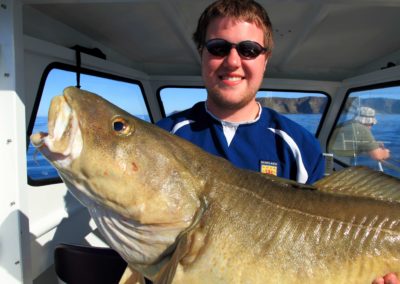 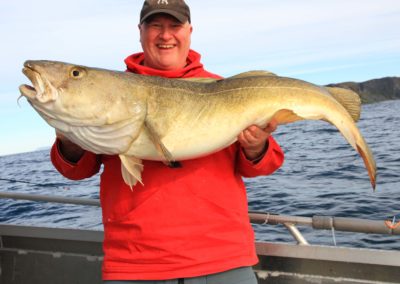 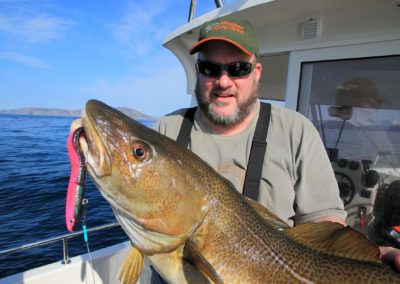 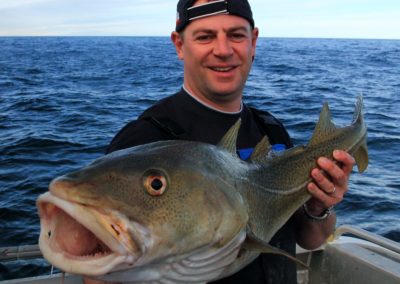