King of the flatfish, the mighty halibut.

At Sandland Brygge you are never far from a halibut, indeed they are living underneath your boat on the pontoon and can be caught while your boat is still tied up.

Halibut are everywhere at Sandland, from inside the harbour in only a few metres out to the deep drop off areas in 100m+. Each season since the camp opened its doors to guests in 2011 over 1000 halibut have been reported back for the camp records every season, fish to over 100kg have been landed with much bigger fish released and lost at the boat.

Although a monster can and frequently does turn up out of the blue when least expected catching the really big halibut requires a targeted approach, stout tackle of a minimum 20-30lb class rod along with a suitable reel and 50lb braided line, a biting trace of 150lb mono is also recommended to withstand the halibut’s teeth during a battle that can last over an hour. Big shad lures such as 460g Savage Gear Cutbait Herring, Big Bobs etc. or large natural dead bait such as coalfish, codling or mackerel will increase your chance of a monster.

Halibut are available right through the season from April to September with the largest fish around from June onwards.

From 2018 the Norwegian government has put a maximum size of 200cm on halibut; all fish estimated to be over this mark must be returned along with all halibut under 80cm. This is the law.

Catch and release on halibut of any size is actively encouraged by the management at Sandland Brygge. 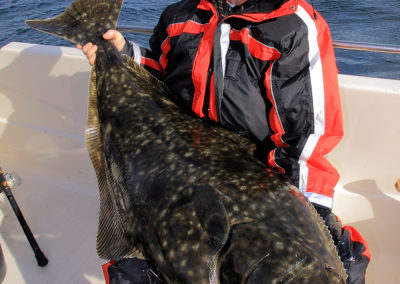 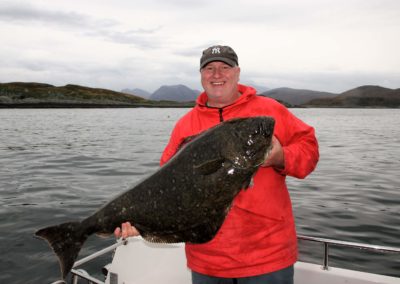 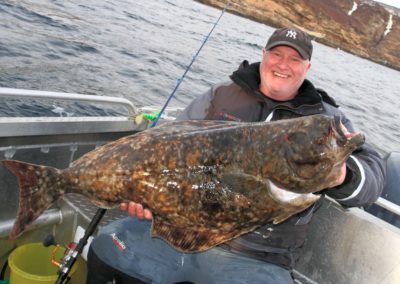 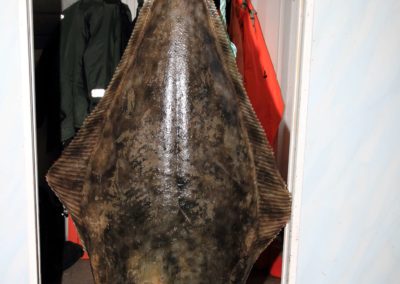 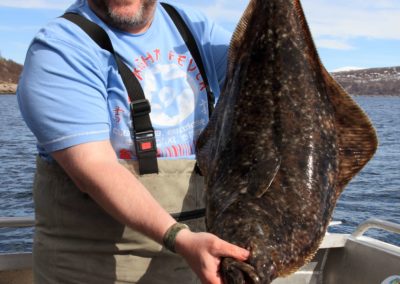 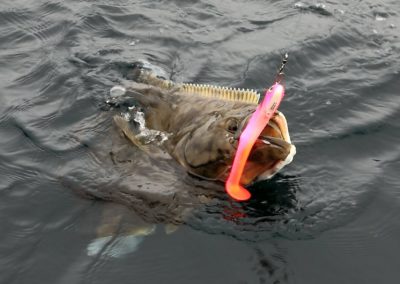 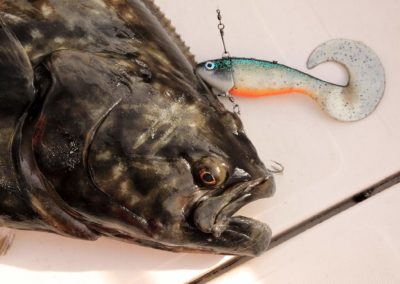 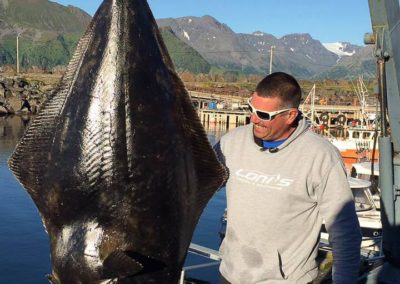 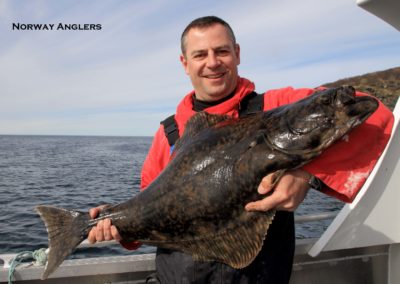 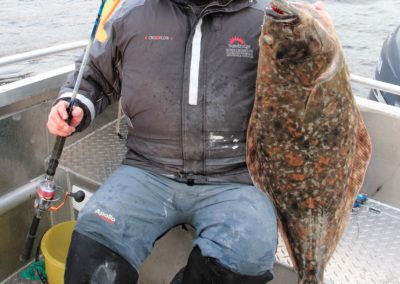 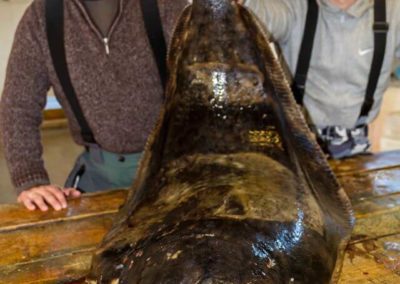